What is the Ripple network? – Ripple coin price prediction 2020 These both terms are different altogether but often confusing for investors.

Ripple is a software company which provides solutions for global transactions known as the Ripple payment network which is used to send the money globally.

Whereas XRP is a digital asset which is issued by Ripple labs and XRP Ledger is the open source blockchain technology behind it.

Ripple network is owned by Ripple (the software company) but XRP is not owned by any single entity or organization. Although Ripple owns 60 Billion XRP.

What is the Ripple network?

Ripple network is a real-time, global settlement network that modernizes cross-border payments. It was introduced in 2012. Ripple is the company behind the Ripple network is one of the first five to receive a BitLicense in New York.

Ripple is headquartered in San Francisco (US) and has offices in New York, London (UK), Australia, India, and Singapore. Ripple is a privately funded company. Google Ventures, Seagate Technology, Accenture, Bitcoin Opportunity Corp & Standard Chartered are some of the major stakeholders in the company.

Ripple network also uses the blockchain technology. However, unlike other cryptocurrencies network, Ripple network is regulated and facilitates fund transfer for banks.

How does Ripple network work?

Access to the Ripple network is easy because the global network can be entered at a single point and all participating financial institutions operate on one set of rules, the same format, and standardized governance protocols.

The speed of global payment processing is revolutionized by the use of a single carrier; the Ripple network enables banks to transact in seconds instead of days.

The Ripple API is a simple Application Programming Interface (API) which requires no software installation and enables users to seamlessly send payments globally -with transparency into the payment status- and with rich information, like invoices, attached.xx

Transactions using Ripple network are instant — they settle in less than 4 seconds; they are scalable — the XRP Ledger using payment channels can scale to handle over 50,000 transactions per second; low cost — each XRP transaction costs $0.0004 in network fees on average

Ripple network main motive is to overthrow the current incumbent system serving banks ever since 1973, the SWIFT system. For example, say if you have sent money abroad, you have used a SWIFT service.

SWIFT is an entity with a monopoly on border transfers. Thus Ripple payment network can be said as “SWIFT and the Western Union competitor.”

“Ripple provides one frictionless experience to send money globally using the power of blockchain. With RippleNet, financial institutions can process their customers’ payments anywhere in the world, instantly, reliably and cost effectively using just one API.

Ripple is the only blockchain network with real customer. We’ve signed deals with over 90 customers globally and over 75 customers are in various stages of deploying Ripple for commercial use”.

Ripple network is working with some of the biggest financial institutions around the world. Ripple network aims to power the whole financial sector by making instant transactions possible at a fraction of the current costs. It provides a frictionless experience for global fund transfer using the blockchain technology.

In future, it is expected to act as a liquidity solution for the cross-border transactions. Banks and Payment Providers can use the Ripple payment network to settle multi-currency transactions to minimize the overheads and break the monopoly of SWIFT.

Indeed, VISA can handle more, about 2,000 transactions per second, but Ripple network uses blockchain technology which is far safer and secure than VISA.

Considering banks in the US alone lose about $10 to $15 billion a year in credit card fraud. Hence, such a compromise seems to be quiet reasonable. It is for this reason that Ripple network has been adopted by UBS Bank, Axis Bank, and more than 100 other financial institutions. They intend to use it should blockchain technology become embraced hence is not a rocket science to predict that Ripple coin price will touch the sky At the time of writing this article, Ripple price is hovering around 0.30$ and 0.40$ on altcoin trading platforms. Coinbase, one of the most renowned bitcoin exchange, is planning on adding Ripple coin to its list of tradeable cryptocurrency at the end of 2018.

Besides the adoption of the Ripple network by banking and financial institutions, Ripple coin is already third most tradeable cryptocurrency on the cryptocurrency exchanges. Considering that Ripple coin is relatively cheap, that makes it more attractive to investors who may be intimidated by bitcoin’s huge price tag.

With that said, there are plenty of optimistic reasons to make Ripple coin price prediction that it will be way over 0.30$ by 2020.

According to Mr. Tomas, money should be fast processed and transacted as fast as data is going around the world. This is exactly what is Ripple XRP capable of. Mr. Thomas further adds:

“Because Ripple XRP has a clear use case. It is one of the largest digital assets by market capitalization. It is designed for use by financial institutions as an on-demand liquidity solution for cross-border payments.

For example, payments into emerging markets can require multiple currency traders — added costs — or pre-funded local currency accounts — which often results in the trapped capital. Instead, payment providers and banks can use Ripple coin to fund these payments on demand, without intermediaries, at up to 60% less cost to settle.”

You must remember that the main use case for Ripple network, as a system for global payments among banks, it may take some time. Therefore, Ripple coin is more suited to the long-term investor than a speculator interested in quick profits

Ripple network has a definitive edge over current fund transfer system with both real-time transaction settlement and low fees with added security. The average exchange takes 3.5 seconds on the Ripple network today, with a current average transaction fee less than a penny.

Not only, transaction fees much lower, but transfers take a maximum of 4 seconds to execute and verify, and on top of all Ripple network uses Blockchain which provides an extra layer of security.

Given its advanced technology and reliable infrastructure, and adoption of the Ripple network as a payment solution, it can be predicted that Ripple coin price will increase 2x to 10x by the end of 2020.

15 Best cryptocurrency to invest in 2020

changelly vs shapeshift review and comparison 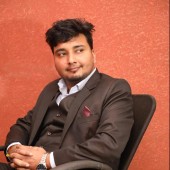